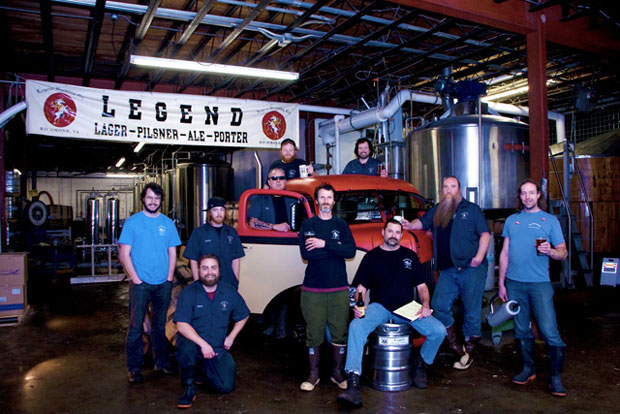 Legend Brewing Company is a commercial microbrewery providing true premium beers to many of the best pubs and restaurants in Richmond and other areas of Virginia since January, 1994. Our mission is to bring to our customers the finest and freshest brews as flavorful alternatives to mass-marketed mainstream products. We're one of the few craft breweries in this region producing both lagers and ales, which require different yeasts and maturation conditions. All Legend beers are unpasteurized and made from only two-row and specialty barley malt, hops, water and yeast.

Collectors
If you are a collector and are interested in beer labels or coasters click here for more information. 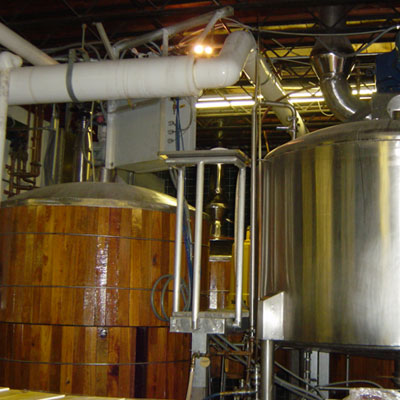 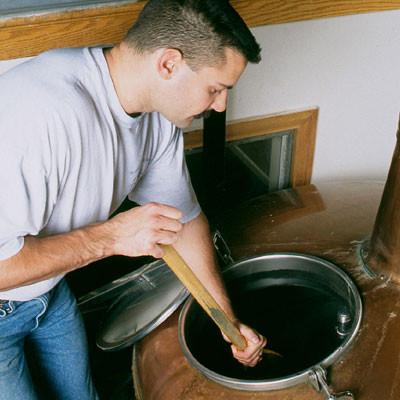 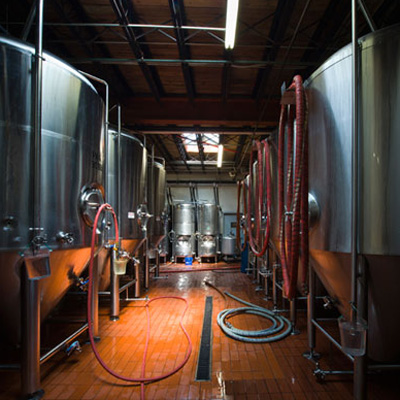 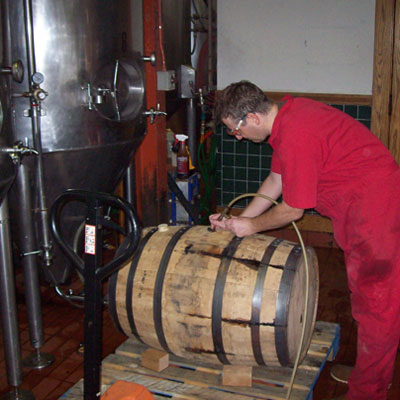 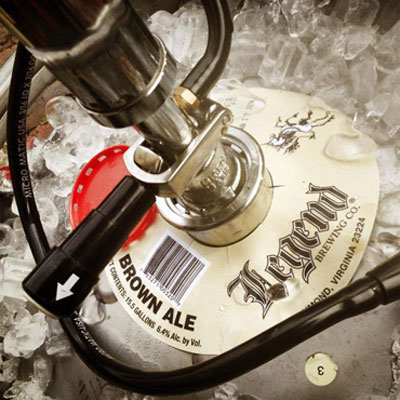 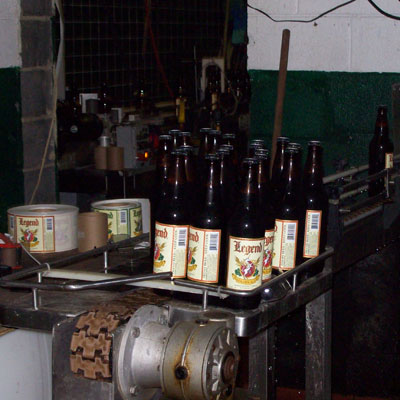 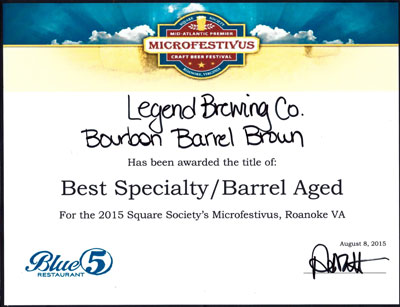 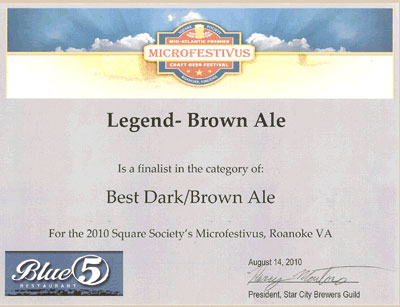 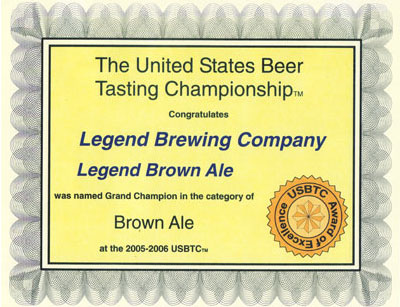 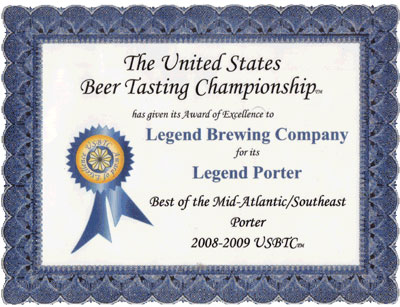 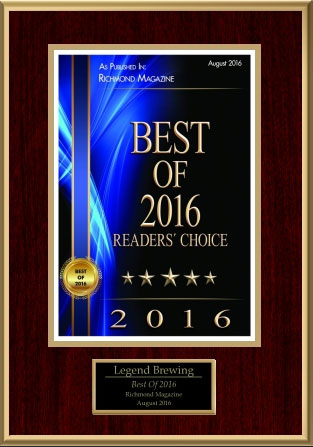